Are you an adventurous type? If you’re serious about ditching the big city for some peace of mind, there’s no better place to do so than the Mátra and Bükk mountains. Located in the north-east of the country, the two mountains and their surroundings offer plenty of opportunities for an active relaxation. 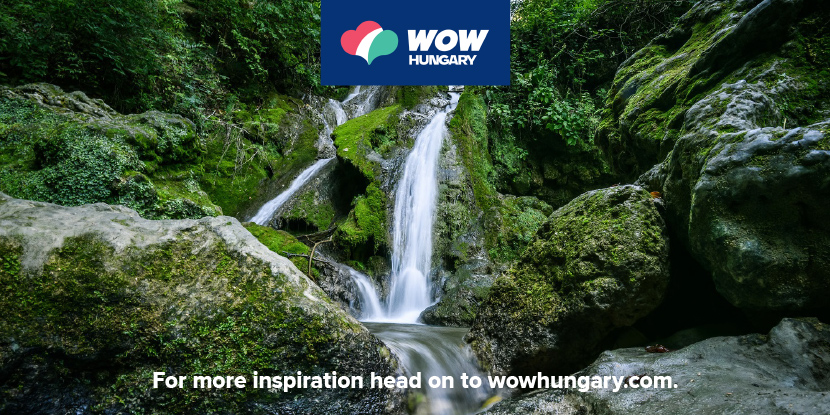 Situated in the Mátra Mountains, Kékestető and Galyatető are among the highest peaks of Hungary, with an elevation of 1,015 and 964 metres, respectively. The Mátra awaits visitors with a rich wildlife, the country’s only climatic spa, and hundreds of kilometres of hiking trails. If you’d rather give a try to new forms of natural adventures, then you can do so by going for a Nordic Walking trip or a cross-country Segway ride!

To get a panoramic view of the deep-green woodlands around you from the highest point of Hungary, climb the Kékestető TV tower and fill your lungs with the crystal clear mountain air of Kékestető, where Hungary’s only climatic spa is found. Meanwhile, Galyatető boasts an award-winning lookout tower (that also functions as a bivouac shelter), which was refurbished and increased in height in 2015. Rumour has it that on a clear day, you can see as far as the High Tatras!

Known for its castle, thermal baths, historic buildings and delicious wines, the charming town of Eger is one of Hungary’s most popular travel destinations. The imposing castle, constructed atop the imaginatively named Castle Hill during the second half of the 13th century, is famous for repelling the attack of the Turkish troops during the 1552 Siege of Eger. The fortification was defended by a group of 2,100 volunteers and mercenaries, led by István Dobó, who repelled an army of 40,000 soldiers without any help from King Ferdinand. Ever since, the siege is viewed as an emblem of national defence and patriotic heroism in Hungary.

Today the castle hosts a number of permanent exhibitions featuring re-enactments from the Turkish siege and a spectacular 3D movie, a wax museum, and underground passageways, besides offering great views to the town below.  Despite the heroism of the Hungarian defenders of Eger, the castle finally fell to the Turks in 1596, who held the town until they were ousted by the Austrians in 1687. The two most notable mementos of Eger’s Ottoman occupation are the 42-metres high Minaret, Europe’s northernmost medieval minaret, and the gorgeous Turkish bath, whose 400-year-old dome is covered by 200,000 gilded mosaic pieces.

While in Eger, you must visit the famous Szépasszony-völgy which is the main place to go for wine tasting in the region. Reachable from the town centre by twenty minutes on foot, this beautiful valley gives home to more than 200 cellars, where vendors sell locally made produces, including the famous Hungarian cuvée Bikavér (or Bull’s Blood).

Famous for its cultural and culinary festivals, the fourth largest city of Hungary is located east of the Bükk Mountains, amidst a sea of natural and historic wonders. Still within the city limits, for example, you can find the medieval castle of Diósgyőr, a massive structure with four imposing corner towers, overlooking the valley of the Szinva creek from atop a low rocky hill. The recently reconstructed building houses the largest Knight’s Hall of Central Europe, offers informative guided tours, and regularly hosts interactive family programmes, evoking the atmosphere of a 14th century royal seat.

Accessible from Miskolc by the narrow-gauge forest railway, Lillafüred is located at the meeting point of Szinva and Garadna creeks, on the shore of Lake Hámori. The area abounds with attractions: from the fairy-tale Palota Hotel and its hanging garden to Hungary’s largest contiguous waterfall, the remarkable Anna- and St. Stephen caves, and the Oxygen Adrenalin Park, Lillafüred is well-worth the 30-minute train ride.

Another popular destination in the area is the Cave Bath (or Barlangfürdő) of Miskolctapolca, a tranquil suburb situated some 30 minutes from the centre. The 150-metres long limestone cave and the thermal spring water have been known since ancient times, but they only became popular after the Turkish occupation. The first baths were built in the 18th century, while the Cave Bath was only opened in 1959. Since then, the Cave Bath was expanded with new outdoor and indoor pools, as well as seven saunas.

Sponsored content. Commissioned by the Hungarian Tourism Agency. Start your journey now, and let every path take you to a new wonder. For more inspiration head on to wowhungary.com.

Hungary, the Land of Waters and Wonders: the Danube Bend