Budapest is like no other capital cities, and its beautiful landscape is just one thing that differentiates it from its fellow metropolises. The parks, green areas, and protected natural attractions found in and around the city are all precious oases in the concrete jungle waiting for you to discover. With our guidance, you’ll easily find them.

Situated in District II, 242-metre high Apathy Rock is a dolomite rock that rises above Ördög-árok’s Lipótmező neighbourhood, giving home to more than 26 protected plant species and endangered insects such as longhorn beetle and praying mantis. While walking around, you will notice the shell marks, which indicate that the area was once submerged. The location is perfect for hiking, once you are there, you can visit the Árpád Lookout Tower and Kecske Hill too. Side note: the panorama is outstanding!

↗From Batthyány tér, you can approach it by bus 11.

Named after Paulite monk László Bátori who lived there for nearly 20 years while writing explanatory notes to the Bible, Duna-Ipoly Natural Park’s 360 metres long cave was most probably created in the Pliocene epoch. Its most characteristic morphological shape is a spherical room that is known to have formations in varied shapes and colours including pea stones and stalactites. What’s more, hermalite and limonite can also be found in the cave.

↗To get there, take Budapest Children’s Railway and get down at Szépjuhászné stop.

It is rather a pilgrimage site than a favoured hiking spot, but its story is so charming you might feel tempted to go see it. According to witnesses, Bécsikapu Tér’s famous grapevine grew out of war debris near an apartment building, which is now part of a garden, in 1945. It got under protection in 1982 as a result of an argument between people that lived there, because someone wanted to get rid of the plant precious to many others. One of the residents, who was born in 1947 when its first fruits grew, spared no time to get the grapevine under the capital city’s protection, and he soon succeeded.

Located on the right side of river Danube, Gellért Hill is often referred to as Budapest’s true gem. The most known location on our list is already a favoured spot by tourists and locals thanks to its fabulous panoramic view and uplifting green areas. The approximately 140 metres high dolomite rock is an UNESCO World Heritage Site since 1987, and became part of the Duna-Ipoly Natural Park in 1997. Unfortunately, the habitat is only partially natural, but it still has significant bird diversity.  Considering its flora, watchful visitors can find figs and sprouted rose bushes left to us by the Turks, along with Silene flavescens, a plant that doesn’t blossom anywhere else in Hungary. 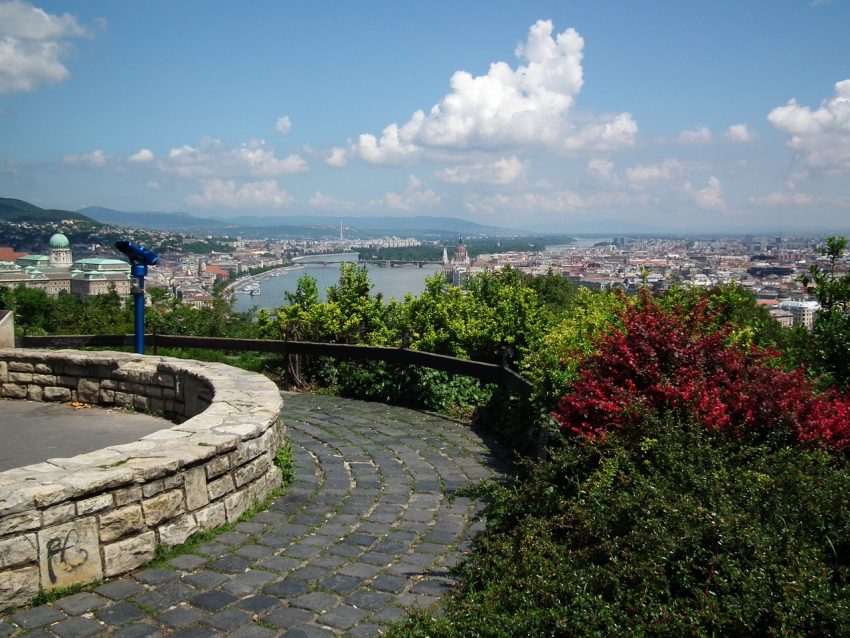 ↗Walk up the hill from Szent Gellért tér.

Sváb Hill’s Jókai Park was founded in 1973. It was named after its former owner, famous Hungarian writer Mór Jókai. He purchased the land at the age of 28 from the money he earned after two of his renowned novels: The Hungarian Nabob and Zoltán Kárpáthy. Before he gained ownership, the territory (a former stone mine) belonged to the violin manufacturer J.B. Schweitzer. Jókai fell in love with the irresistible panorama over Gellért Hill, the Danube and the city. He built a terrace and surrounded it with roses, vine, maple, linden and fruit trees. The place became his sanctuary far away from the noisy city centre. Today there is a memorial room dedicated to the writer with personal belongings but other exhibitions are also held. The park can be visited on business days. 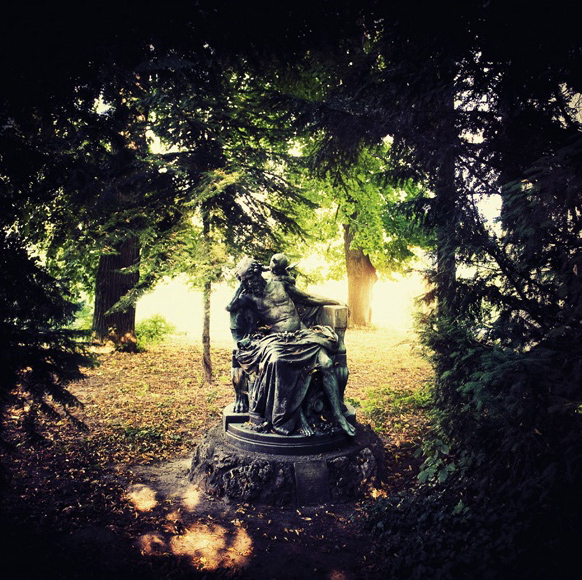 ↗Approach it from Széll Kálmán tér by bus 21.