Heroes’ Square, Kossuth tér, Szent István tér: these are the holy trinity of Budapest squares, places that every tourist swings by to snap a few pictures and take in the architectural marvels of the historic surroundings. This time around, we’d like to introduce you to a few of the city’s lesser known, yet all the more charming squares that you should most definitely cram into your itinerary after you’ve ticked off the Big Three.

Located in the pedestrian-friendly heart of Budapest’s Palace District, laid-back Mikszáth tér bears the name of popular Hungarian author and politician Kálmán Mikszáth, whose novel St. Peter’s Umbrella was admired even by U.S. President Theodore Roosevelt. Intersected by the Szentkirályi, Krúdy, and Reviczky streets, the rectangular-shaped square is reminiscent of a northern Italian piazza (especially during the warmer months, when it’s filled with the chitter-chatter of students of nearby universities), mainly thanks to the castle-like, red-brick building of 4 Mikszáth tér complete with a timbered Juliet balcony, a central fountain, and the ornate SOTE Central Library, designed in Venetian Gothic revival style. Teeming with restaurants, cafés and little shops, and lined with fine turn-of-the-century architecture, Mikszáth tér is a true hidden gem.

Situated just a stone’s throw away from Buda Castle yet still undiscovered by the tourists, cozy Corvin tér is one of the best kept secrets of the city, offering visitors an almost medieval atmosphere, with a number of landmarks located in its immediate vicinity, including the imposing Toldy Ferenc High School, the gorgeous Szilágyi Dezső tér Reformed Church, the recently refurbished Budai Vigadó event venue, and the Batthyányi tér market hall. In addition to the square’s pastel-coloured townhouses and a historic-looking fountain (erected in 1904), Corvin tér has one more thing going for it: in front of the building of the Budai Vigadó, you can find the footprints of a Paleolithic woman and child, which survived the past 30,000 years being embedded into the sediment of the Danube, in a depth of more than three meters.

The cobble-stoned Fő tér and its continuation on the other side of Árpád híd known as Krúdy Quarter are the last remnants of historic Óbuda which used to be its own town until it was merged together with Pest and Buda in 1873. Fő tér makes up for its out-of-the-way location with its Baroque buildings, vibrant cultural life (Kobuci Kert is one of the city’s most popular outdoor concert venues, the Vasarely Museum is a must for all art lovers, while there’s always something interesting going on in Esernyős), enchanting Christmas markets, and renowned restaurants.

Egyetem tér takes its name after the Faculty of Law of Eötvös Loránd University, whose Neo-Baroque building is located right in the center of the square, tightly glued to the Baroque Church of St. Mary the Virgin, commonly referred to as the University Church, erected in 1742 in place of a demolished mosque. Currently, the church is undergoing its first large-scale restoration in 60 years, so save your camera for another day, but you can still enjoy the square’s creative book-shaped fountain, its sculptures, benches, and wide-ranging culinary offerings, from the Nordic-inspired bakery products of nor/ma to the creamy shakshuka of Hummus Bar.

The history of Rózsák tere (Square of the Roses) dates back to the 18th century, when it was used to host livestock markets. From the 1870s to 1932, it was known as Szegényház tér, named after the district’s largest poorhouse. St. Elizabeth’s Parish Church, the square’s majestic centerpiece, was constructed between 1895 and 1901 based on the plans of Imre Steindl, the designer of the Hungarian Parliament building. Named after the 13th century saint Elizabeth of Hungary and built in the Neo-Gothic style, the church is 76 meters high and seats close to 2,600 people, making it one of the city’s biggest ecclesiastical buildings. The well-kept, green churchyard is surrounded on all sides by buildings from the second half of the 19th century, offering you an oasis of peace just a few corners away from busy Rákóczi út. 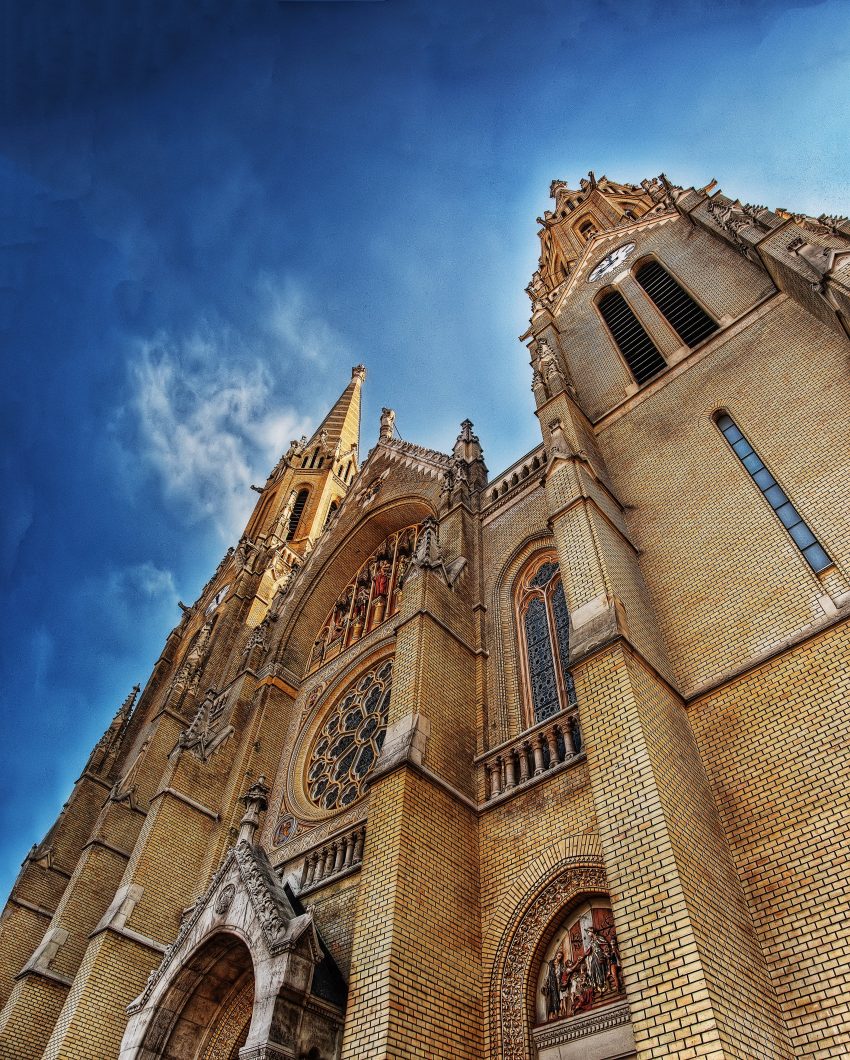