The Revolution of 1848 made a big impact on Hungarian history. The day of its outburst, 15 March (bank holiday since 1989) is often referred to as the birth of the modern parliamentary Hungary. Commemorating the occasion, let us invite you for a walk from one historical location to another.

Designed by Mihály Pollack, the museum’s building is a classicist masterpiece that was opened just a few months prior to the revolution. It is believed that things escalated on 15 March when famous poet Sándor Petőfi cited his revolutionary poem „National Song” while standing on the stairs of the museum in front of thousands of people. Historians say the details of what really happened are unclear since the first written source that reported about the events appeared only decades later, and it is a known fact that the author was not even close to the museum at the time. However, a marble board was placed near the stairs to mark the building as a historical site.

Located on the corner of Kossuth Lajos utca and Szép utca, right behind the Saint Peter of Alcantara Church of Ferenciek tere, the once famous Horváth-ház gave home to Landerer and Heckenast’s printing house where Lajos Kossuth (nobleman, journalist, governor of the Kingdom of Hungary between 1848-49) edited a liberal party newspaper. It is most notable for printing Petőfi’s National Song and the 12 Points, a list of demands defined by the leaders of the revolution. The list included requests for a national bank, the abolition of censorship, as well as civil and religious equality, among other points.

15 March marks the day when the freedom of Hungarian press was declared partially due to the fact that Petőfi’s National Song came out of the printing machine. The Károlyi utca museum was founded in 1954 with the aim of maintaining and enriching cultural memory. At the same time, it pays homage to the poet by showcasing a public collection of our literary heritage. The museum owns manuscripts, books and relics formerly owned by the poet as well as novelist Mór Jókai who was also a member of the so-called “Youths of March” group of young revolutionaries alongside Petőfi.

How great it would be to make a stop at a nice coffee house where once revolutionary plans were discussed, but unfortunately, the café once frequented by Petőfi and many of his fellow writers no longer exists. The building was demolished in 1911 but years later the café got relocated. The original address is 7 Petőfi Sándor utca. Those who know it can’t help but wonder what it would be like to have a cup of coffee with the “Youths of March”.

Paying homage to Lajos Kossuth and his government appointed in 1848, the former Országház tér, where our beautiful Parliament building and other prominent architectural masterpieces are located, was renamed to Kossuth tér in 1927. The square gives home to a group of statues including the nobleman himself surrounded by politician Pál Antal Esterházy, Gábor Klauzál, József Eötvös, István Széchenyi, Lajos Batthyány, Bertalan Szemere, Ferenc Deák and Lázár Mészáros. The other side of the statuary symbolizes the civilian participants of the revolution as well as military men. Under the composition, the first line of Sándor Petőfi’s poem, Life or Death! can be read. 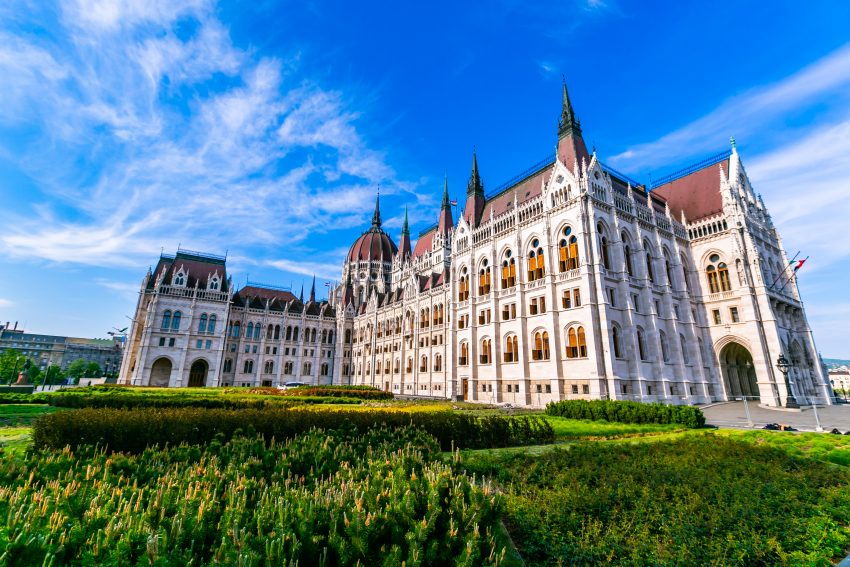 Teacher-journalist (and one of the first Socialist politicians in the country) Mihály Táncsics was held captive in a prison in the Castle District of Buda.  On 15 March, 1848 the revolutionary crowd headed there to free him and it didn’t take too much of an effort considering that his cell had no bars, only wooden coverage on the windows. The land on which the building sits is linked to other historical figures too, one of them being king Béla IV whose royal residency was once located there. It is also where the Erdélyi (Transylvanian) bastion was built in the 1530s – fun fact, the area is expected to open for visitors this spring.