On 17 November, Budapest celebrates its 146th anniversary. Of course, just like most aging dames, Budapest is way older than what she prefers to admit: its history actually dates back to Roman times. That doesn’t change the fact that it was on this day in 1873 when the city under its current name was officially born, by the joining together of the then-separate towns of hilly Buda, urban Pest, and ancient Óbuda. Let’s commemorate the birthday of our beloved capital with a few fun facts!

Did you know that the country’s governmental seat wasn’t always situated in Buda? For the first two centuries of the Medieval Kingdom of Hungary, the Royal Palace was located in present-day Óbuda. It wasn’t until after the Mongol invasion of 1241-42 that King Béla IV decided to move his royal seat from Óbuda a few kilometers to the south, on top of the steep, much more easily defendable Castle Hill. The new, fortified castrum was settled by the German-speaking inhabitants of Pest, who comprised a majority of the population of Buda well into the 19th century.

With over 12 spas, and 120 thermal springs and wells within its borders, Budapest is the official city of baths, boasting more hot springs than any other large city on the planet. The first public baths were built by the Romans some 1,800 years ago: check out the Aquincum Museum or the ruins of Thermae Maiores in Óbuda to get an idea how they looked like. After a few centuries long hiatus from the fall of the Western Roman Empire to the start of the early modern period, spa culture was revived by the Ottoman Turks in the 16th century, and has been going strong ever since. Besides baths, other architectural remnants of the two ancient empires include the Hercules Villa, two amphitheaters, aqueducts, a fortress buried under Március 15. tér, an early Christian chapel, and Islam’s northernmost holy site, the Tomb of Gül Baba. 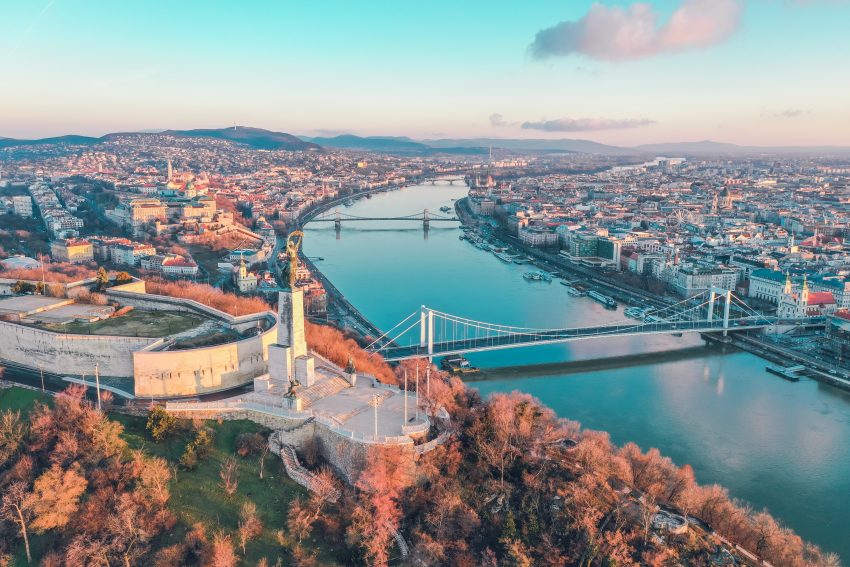 The number 96 has a distinguished role in Budapest’s history. Both the Parliament and St. Stephen’s Basilica are 96 meters tall, as to represent the equal importance of secular and religious powers. The M1 metro line (the first underground railway system in continental Europe) was opened in 1896, as part of the Millennium Celebrations, commemorating the arrival of the Hungarian tribes to the Carpathian Basin in 896. Up until a few months ago, it was an unspoken rule that no building should be higher than 96 meters. With the ongoing construction of the 120 meters tall MOL HQ, we can only hope that more and more high-rises will be built in the city – but only if they don’t interfere with the world-renowned 19th century skyline of the greater downtown area.

Besides a whopping number of hot springs, Budapest also features the world’s largest geothermal cave system under its streets and houses. With more than 200 caves and tunnels hidden beneath the surface, Budapest is a true caveman’s paradise! Caverns open to the public include the Szemlő-hegyi and Pál-völgyi caves, as well as the Hospital in the Rock in Buda Castle, the Cave Church at Gellért Hill, and the Kőbánya cellar system.