Scroll down to see our favourite recently opened venues in the city.

Although summer’s almost gone, we’ve still got a few weeks left to enjoy high temperature days, and there’s no better way to do it than cooling yourself off with a few scoops of divine ice cream – straight from the Balaton Uplands! Kell Fagylalt? (Do you want ice cream?) is the Budapest location of the Balaton-based artisan gelaterie Kő Fagyi?, awaiting city dwellers with regular and dairy-free ice creams, natural syrup drinks, and invigorating pick-me-ups. The tiny venue is located a five-minute walk from Széll Kálmán tér and Déli railway station, near the umbrous Városmajor park, with benches perfect for gorging on your frozen dessert at. Scoop prices range from 350 to 550 HUF. 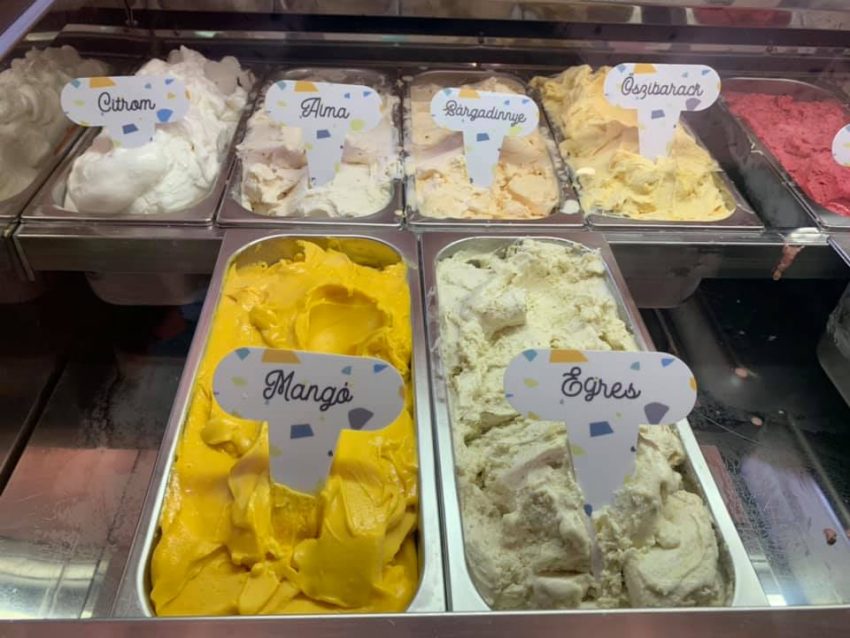 Dubbed as the Urban Jungle of Budapest, Hétkert opened its doors on lively Kazinczy utca in the middle of the summer as the younger brother of downtown’s popular night-time hotspot, Ötkert. Enjoy the garden atmosphere while sipping on refreshing cocktails and listening to soothing live music in the first half of the week, or make Hétkert your weekend base and let loose dancing to the hottest deep house tracks of the city. Besides tropical drinks, a lush vegetation, and a varied music selection, you will also find here the magical greasy wheels of Blitz Pizza we adore so much. They open at 5 PM! 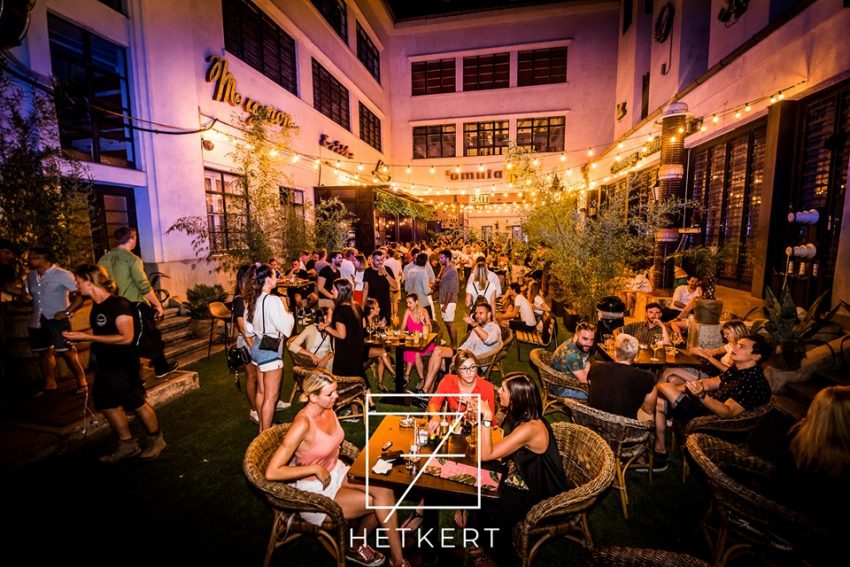 The Jewish District’s newest bistro borrows its name from the 1978 Swedish comedy The Adventures of Picasso, and refers to American novelist, playwright and art collector Gertrude Stein, whose Paris salon was a renowned gathering place of such artists and writers as Picasso, Matisse, Cezanne, Hemingway, Fitzgerald, and Apollinaire. Awaiting guests with the kind of hospitality even the author of The Great Gatsby would appreciate, the stylish and friendly Yes, Gertrude provides visitors with live tunes, a wide range of beers on tap, and classic fast food fare, including hamburgers, BBQ chicken wings, and quesadillas. 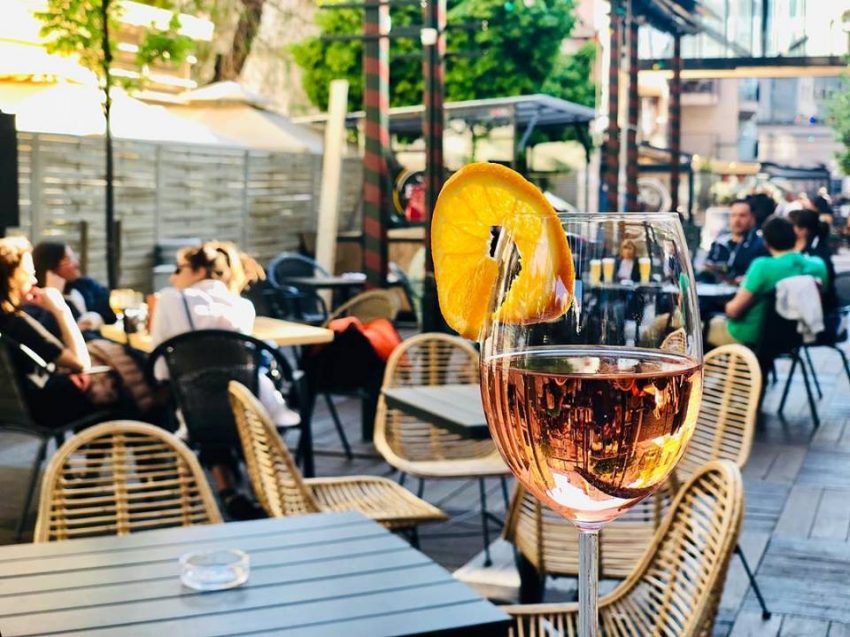 Located a stone’s throw away from Kálvin tér, Gepárd és Űrhajó (Cheetah and Spaceship) Wine Bar caters to the needs of international wine aficionados, putting the produces of Mediterranean countries into the limelight (as opposed to its big brother, the riverside Gepárd és Űrhajó Wine Bistro, which focuses on Hungarian wines). The freshly opened, funky but at the same time elegant-looking bar doubles as a wine shop, where you can quench your thirst with the finest bottles of France, Italy, Spain, and Portugal, in the company of a few, really special Hungarian items. 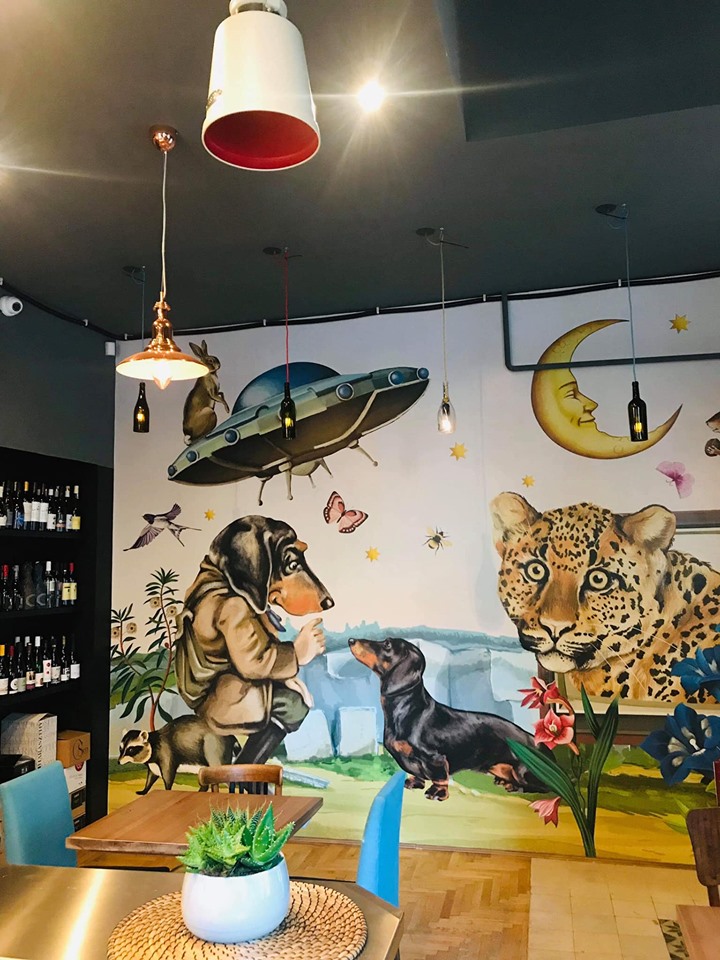 Opened on the rooftop of popular lunch destination and brunch spot MOST Contemporary Bistro, 1ST Floor is a pop-up wine bar offering all the essentials for high life living, including above-street level seats, Hungarian craft beers and wines, mixed drinks, as well as a number of finger food favourites, including hummus, nachos, and cheese platter. Open from Wednesday till Saturday, MOST 1ST Floor welcomes you between 4 PM and 12 PM with warmup music sessions, a relaxed atmosphere, and humble heights, just a few corners from the Opera House. 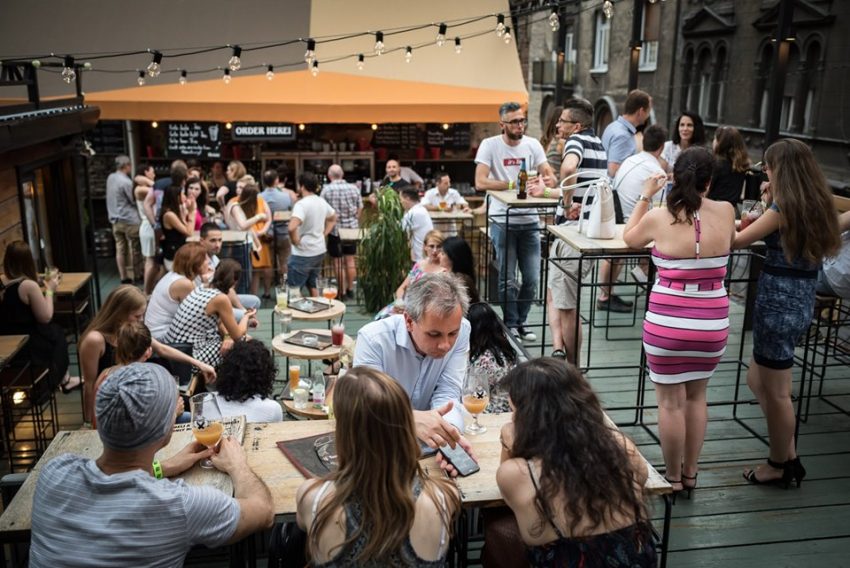 Founded by a couple of friends from Siófok, Local Korner operated at the corner of Szondi utca since 2014, but the venue had proved too small to contain the ambitions of its owners, so the guys decided to move into a more spacious shop, right next door to the Party District. Pizzas cost 2,190 HUF (for the cheese crust variety you’ll have to cough up an extra 600 HUF), and it’s entirely up to you what toppings will make it onto your cheesy frisbee. In case you’re not completely sure if pineapple and bacon belong on a garlic-sour cream base, don’t be afraid to ask the smiley staff for help.

Inspired by a trip to Paris and a lifetime obsession with coffee, Café Flore is a beautiful little French-style meeting place, located within a few minutes’ walk from Széll Kálmán tér. The pastel-coloured café will make you forget that you’re in Budapest through its authentic French fares, including croque mademoiselle, pain perdu, pasta dishes, various tarte and quiche specialities. Drop by for a heavenly black brew or nibble on Café Flore’s delicious brunch options sitting at the charming terrace, then visit the neighbouring Les Cadeaux de Flore bonbon shop and leave for home with a gorgeous dessert box. 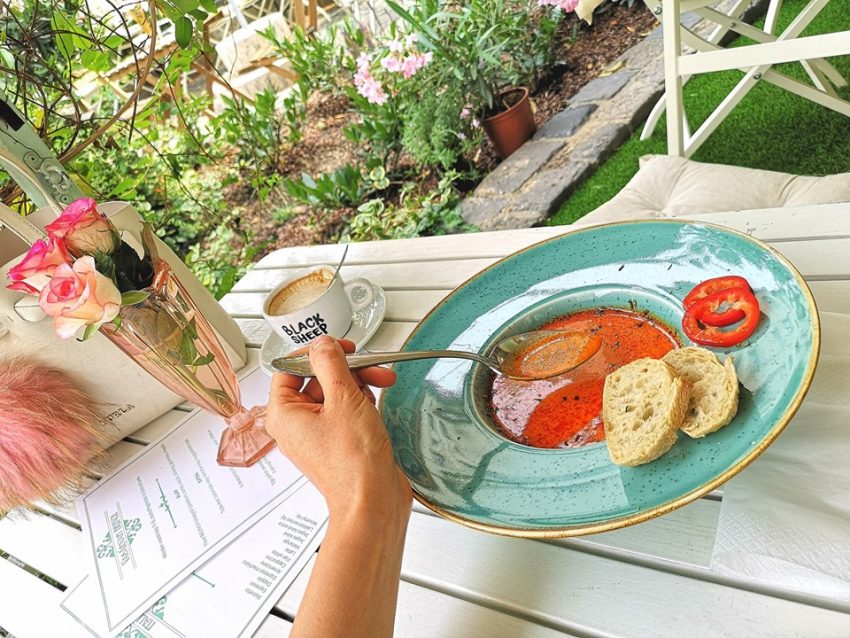 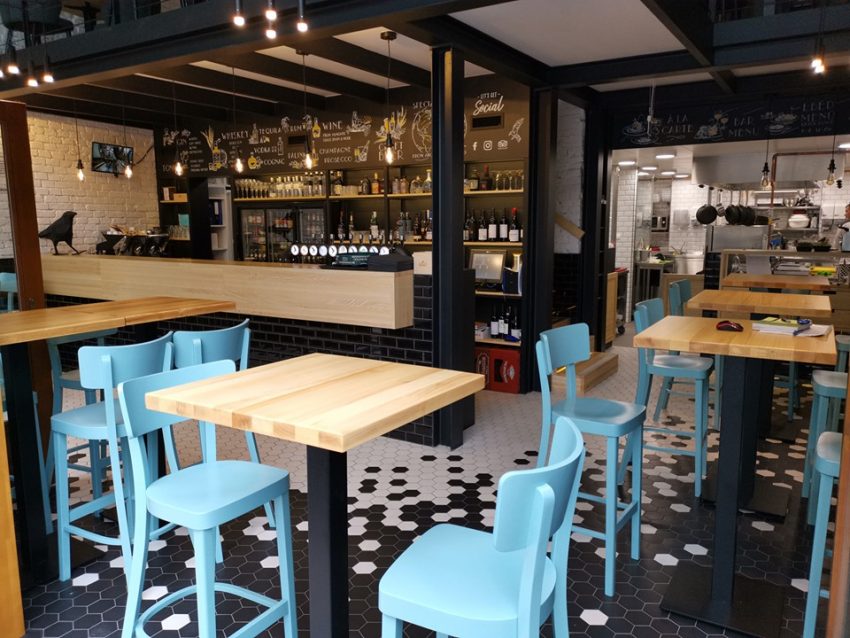 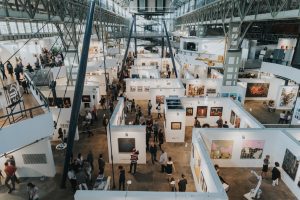 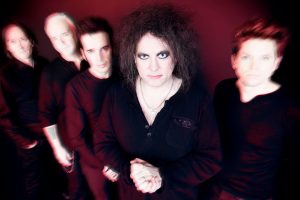 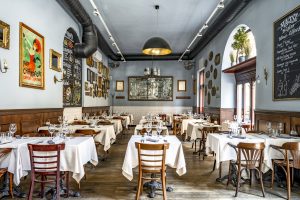 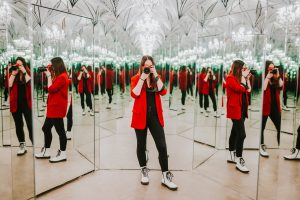 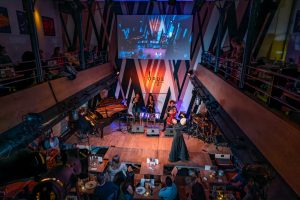