From a modern Jewish-Hungarian restaurant to the best pizza place in the city, here are our latest gastro recommendations for a flavorful stay in Budapest!

Offering a palatable mixture of Jewish and Hungarian dishes, a grill selection, as well as an extensive wine list, Macesz Bistro is one of the city’s most reliable restaurants when it comes to hearty, flavourful, and authentic cooking. Chef Ákos Tasnádi’s kitchen works primarily with locally sourced ingredients to make dishes like ludaskása (a reimagined classic with thigh of duck, goose liver, goose gizzard, and vegetable risotto), beef tartare, and the beloved Hungarian vegetable stew, lecsó. To end your meal on a sweet note, make sure to finish it off with a delicious flódni! 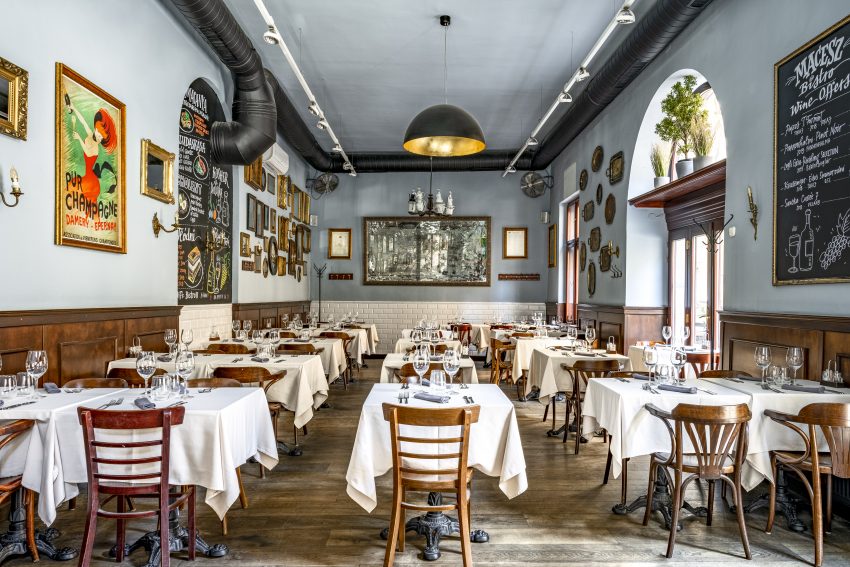 Dominated by wooden surfaces and the relaxing green of a tropical forest, downtown Király Street’s Twentysix welcomes guests with Mediterranean flavours, a constant temperature of 26℃, and an exotic atmosphere. Filled to the brim with more than 30 types of plants, this sunlit urban oasis functions as a restaurant and a bar (depending on the time of day), offering nourishing breakfast items in the morning hours, such as shakshuka and vegan apple cake, and prime examples of Italian-Israeli cooking with an extensive line-up of wines and cocktails from midday. 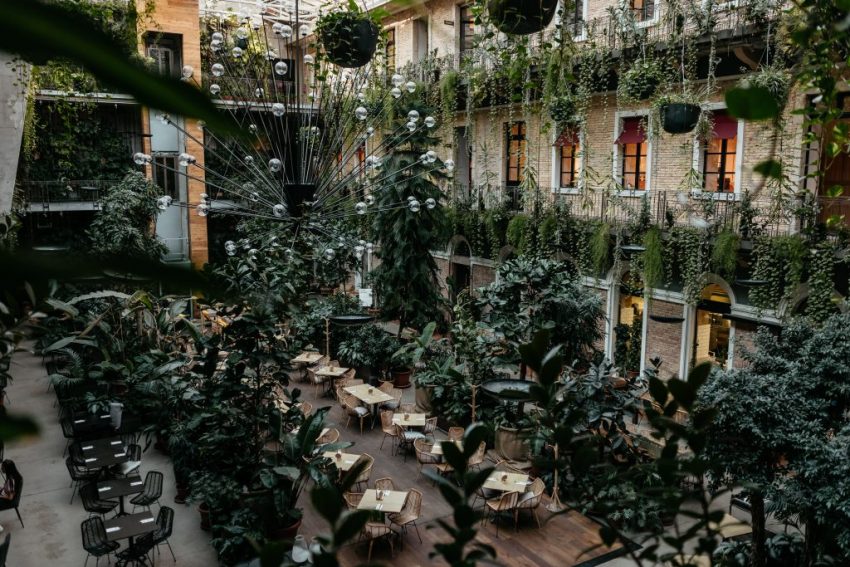 Although we’re already well into autumn, with a little luck there’s still a few nice warm days to go before the gloom begins. In our opinion, there’s no better way to enjoy this second summer than sitting on a comfy terrace, sipping on a nice cup of specialty coffee, and munching on healthy-but-yummy cakes. At Vivina Café, you can do all three: run by a lovely couple (who are also expert baristas), the venue presents brews made of Colombian and Brazilian beans, accompanied by an ever-changing dessert selection, fresh pastries, and scrumptious sandwiches. 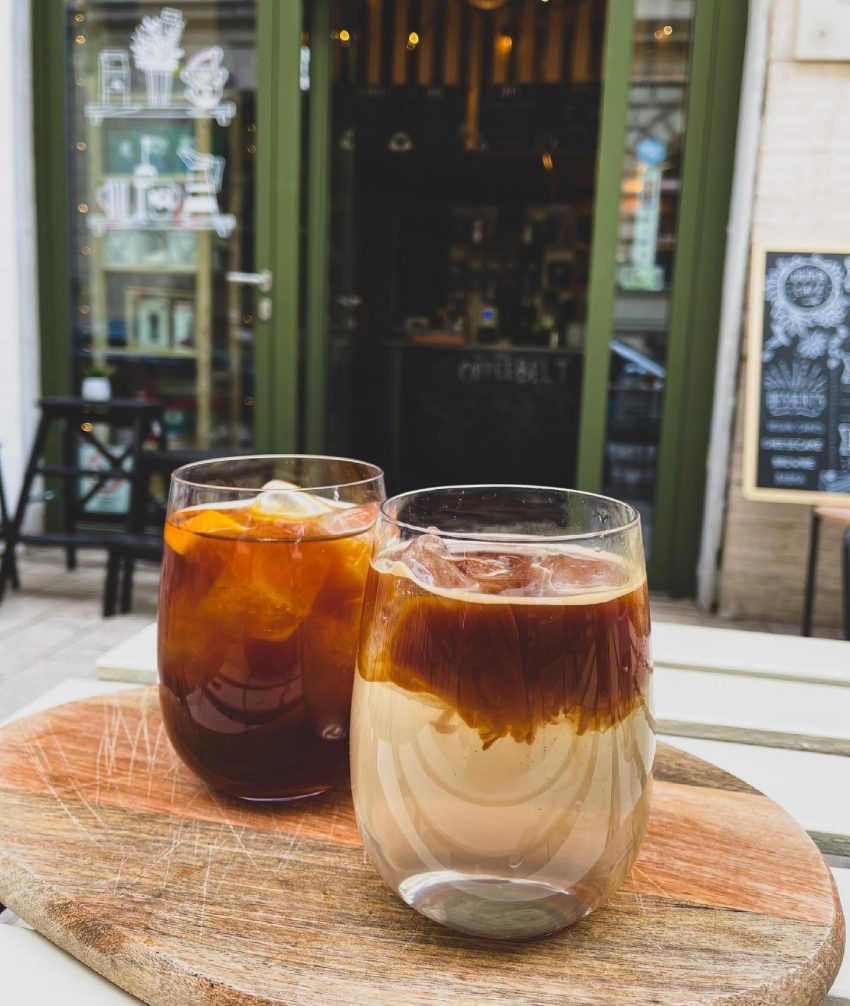 Located inside a calm courtyard near Astoria, MANU+ is one of the favourite downtown pizza places of the Funzine editorial team, on account of their no-fuss, thin-crust, Neapolitan-style pizzas, freshly baked in a 500°C oven to perfection right before our eyes. With 16 options to choose from, there’s plenty of reasons to become a MANU+ regular, ranging from the spicy Paprika János (with sausage, Hungarian hot pepper, and onions on a San Marzano tomato base) to the heavenly Mortadella, which comes with salted pistachios and the famed cold cut of Bologna. 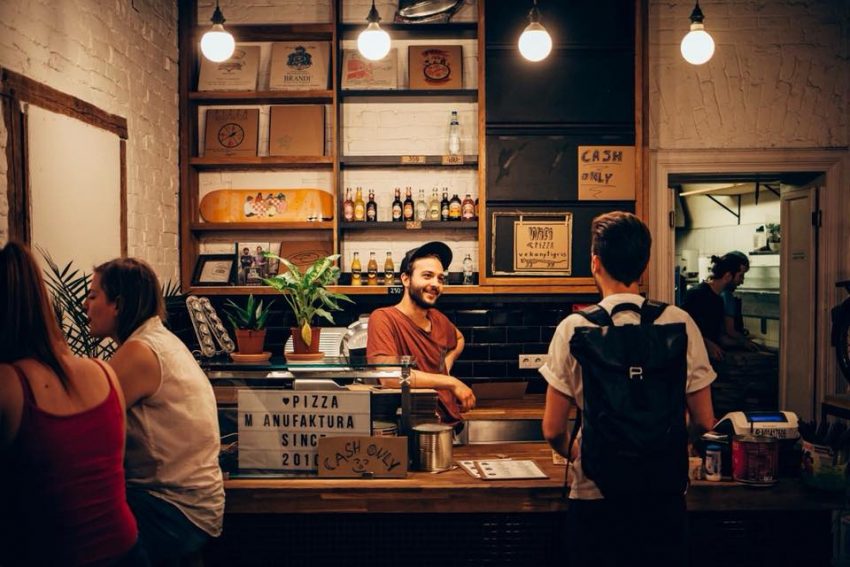 One of the lesser-known ruin bars of the city, Hintaló Iszoda is found a few minutes’ walk from Blaha Lujza Square. Don’t let the shady location discourage you: stepping inside you’ll be met with a warm and open atmosphere, the friendliest staff ever, and chatty regulars. Great music, cool people, a scruffy ambience (courtesy of the flea market items and hobby-horses decorating the venue), and a vast whiskey, vodka, gin, and rum selection make sure that you have an unforgettable time on each occasion you decide to visit Omar’s boozerie. 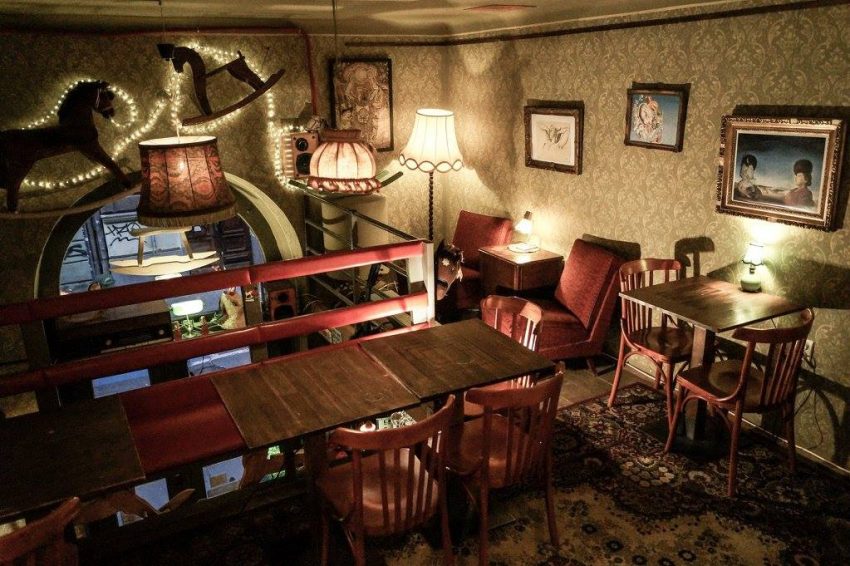 Walking down Király Street, one of the busiest arteries of the Party District teeming with bars, there’s one that really stands out from the crowd: adhering to its Polynesian theme, every surface at Rumpus Tiki Bar is covered with carved wooden statues, bamboo, grass skirts, fishing nets, surfboards, and hibiscus flowers. Boasting an exceptionally long cocktail list containing dozens of Tiki classics and original creations that you won’t find anywhere else, the bar is especially proud of its rum selection, featuring more than 80 varieties of the Caribbean beverage. 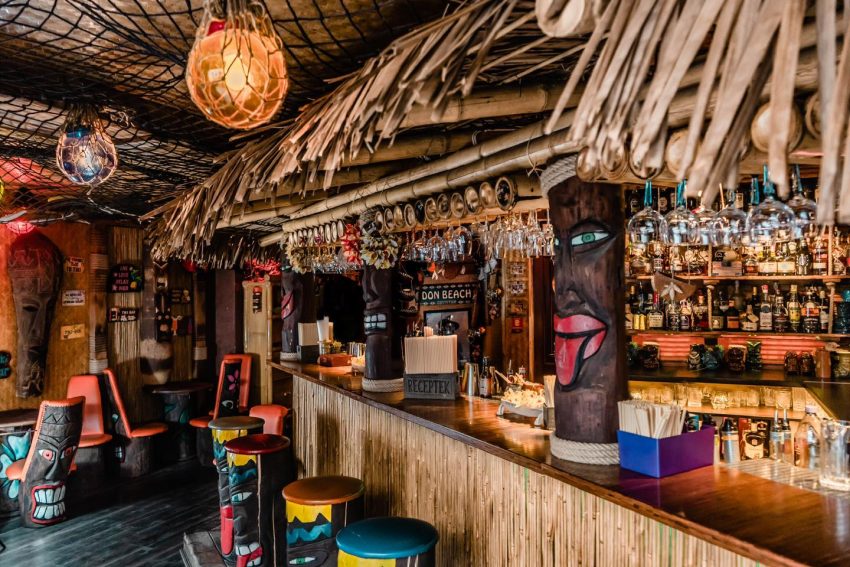 Established by Ferenc Schwabl under its current address, Ruszwurm Confectionery has been in constant operation since 1827, and is called the most patinated confectionery in Hungary today. Famous for its cosy Biedermeier interior and 19th century ambience, the name Ruszwurm is synonymous with tradition, their mille feuille renowned throughout the country and their strudels evoking the golden days of the Austro-Hungarian Empire. If you’re getting tired during your discovery of the Castle District, Ruszwurm is the place to fill up your tanks! 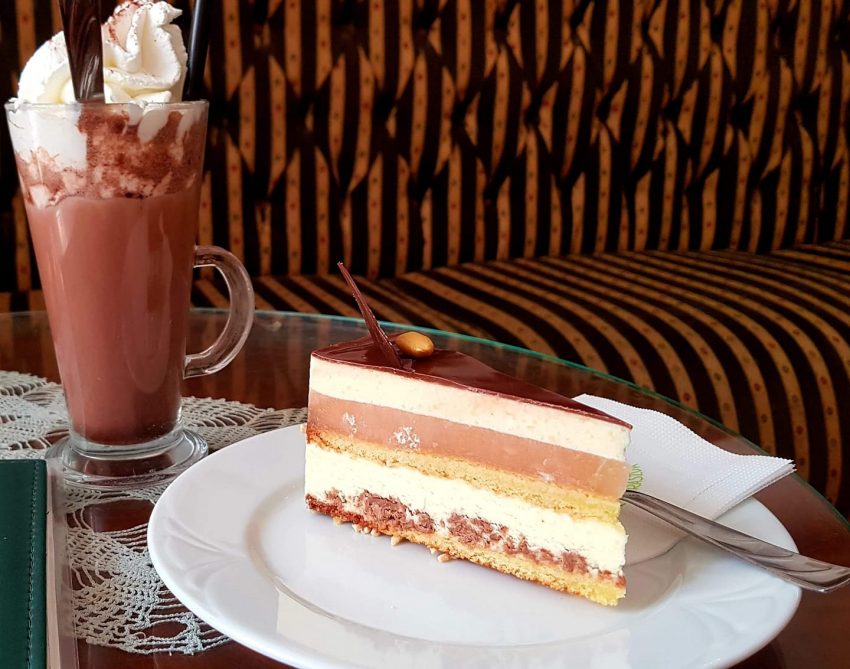 Named after one of Hungary’s most enticing grape varieties, the always-buzzing Kadarka offers a monumental assortment of wines and champagnes from small Hungarian cellars, but only featuring items that have won the favour of the owners themselves beforehand. The go-to bar for vino-fanatics, Kadarka also serves great dishes to pair your glass (or bottle) of choice with, from goulash soup and hamburger to chicken paprikash and the gourmet ham plate. Whether you’re in the mood for a rose-colored schiller wine or a golden Tokaji, Kadarka won’t disappoint you! 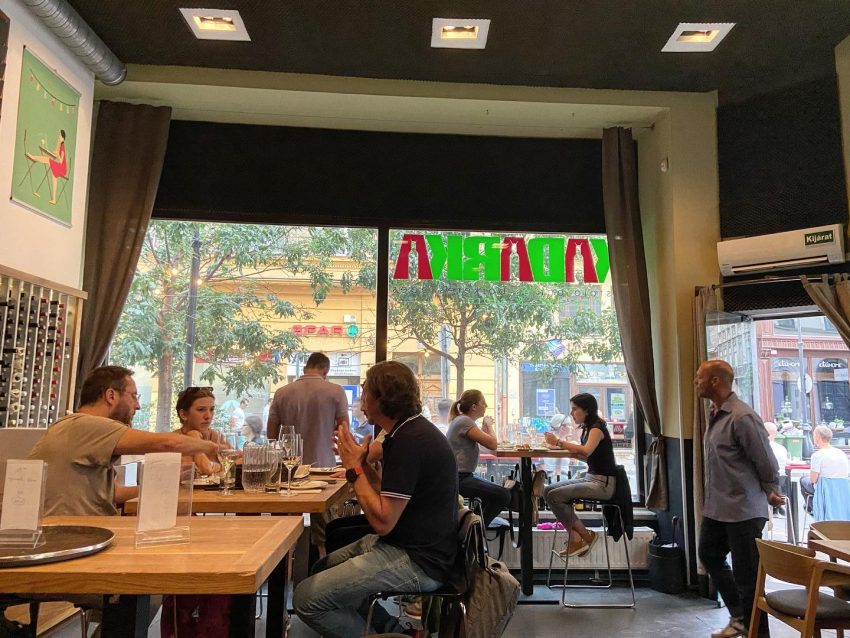 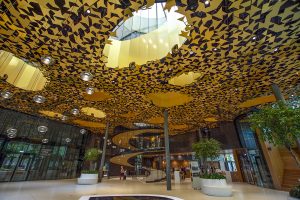 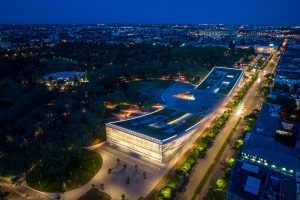 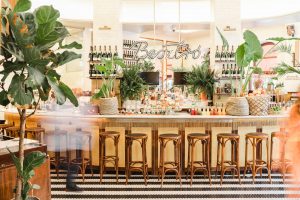 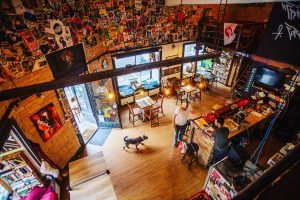 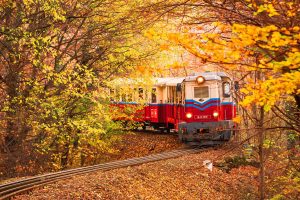 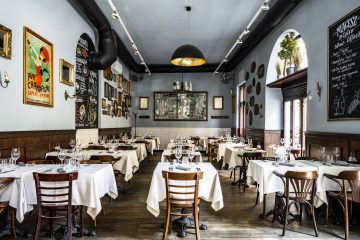