After the Surrender at Világos in 1849 which was the formal end of the Hungarian Revolution of 1848, there were many guerrilla groups hiding in the woods, who knew nothing about the end of the revolution, and nursing the injured they were preparing for the next combat. György Mór Kárpáti’s remarkable film titled Guerilla (to be premiered on 7 March) follows the 20-something Barnabás – who ran away from the military recruitment, so his younger brother had to enlist for service – embarking on an adventure to take his brother home. The main role is played by third-year student of Budapest University of Theatre and Film Arts Gergely Váradi who shared some interesting behind-the-scenes info about the shooting with us.

How did you get the leading role in Guerilla?

After the first semester at university, I had to perform a transition from one state of mind to another on stage, in total silence. Gyuri (director György Mór Kárpáti – the ed.) saw my performance and invited me for a rehearsal. When he told me that I got the leading role, I couldn’t believe it was really happening. I had no idea what to expect as it was going to be my first experience working on a film.

How did you prepare for the shooting?

Gyuri helped me a lot. He recommended a few war films to watch and observe the actors’ ways of expressing emotional states. Although Gyuri didn’t want the film to have anything to do with the old history books we all studied from once, I did read the chapters on the Hungarian Revolution of 1848. I also looked through soldiers’ diaries and letters. Since the movie was shot on 16 mm, we had several rehearsals before the shooting as a roll of film is quite expensive. We had to complete each scene in the least amount of takes possible, three or four times to the max.

We began shooting at 5am every day which made me exhausted but somehow spirited at the same time. It is a low-budget film, so it was shot with a small crew. We were like a big family: when we were moving from one location to another, everyone helped lug the pieces of the filmmaking equipment.  During the last few days the grass had to be trodden on a filming location, so the whole crew set off to trample.

Did you have to overcome any difficulty?

A few. There is a scene in which German soldiers shoot a Hungarian captive. In the moment of firing the camera shows a close-up shot of my face. At first I was so stressed that I couldn’t capture the right emotion. An actual gun was fired, but I still couldn’t do it. I was given a few seconds to get it together. I remember leaning on my knees while the whole crew was waiting for me to look up, nod my head, and start shooting. Eventually, the scene turned out so good it was cut right before the title pops up in the trailer.

Your character, who is the main protagonist of the film, is a young Hungarian who escaped from the army’s 1848 enlistment. Do you have anything in common?

There are situations in which we make similar decisions. In the film Barnabás hits the road to find his brother and take him home. Due to his immaturity, he starts to feel frightened soon and does everything to avoid conflict. I also tend to avoid conflict, but I’m working on this. I’ve already realized that I need to express myself to avoid being frustrated for days. What’s more, the anger that makes Barnabás kill a Russian at the end of the film is a feeling I think I have in me too. 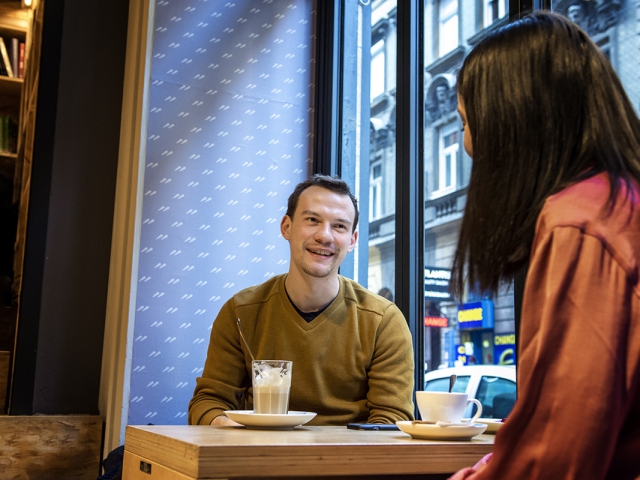 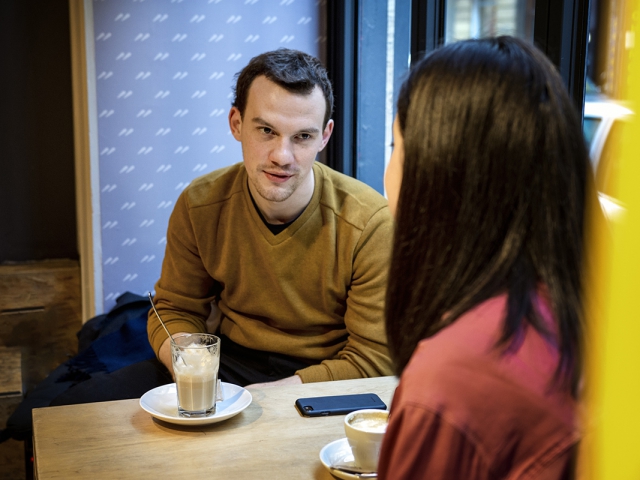 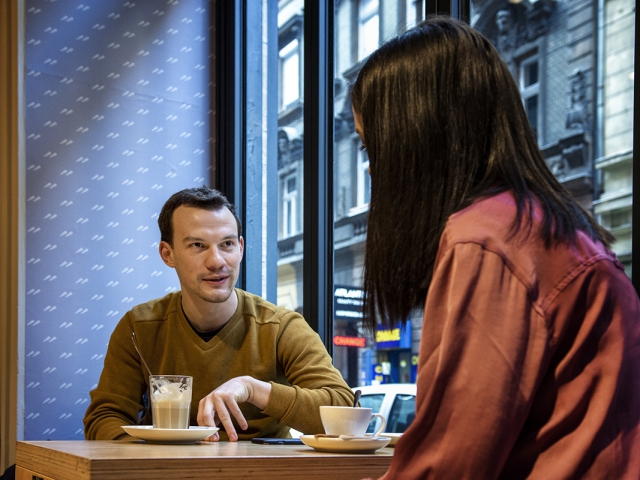 What are the things in which you are exact opposites?

Barnabás wants to meet the soldiers’ expectations, so he puts himself in a situation where he is forced to lie several times. I don’t lie.

If you had to enlist in the army, what would you do? Would you run away like Barnabás does in Guerilla?

If I had to fight for a country that is worthy of being fought for, I would do it. Otherwise no.

You’re also seen in a fencing scene with actor Ákos Páll-Gecse. How much time did you have to practice?

A stunt man taught us the choreography during the breaks between takes. We rehearsed it a few times, but we made a couple of mistakes during shooting, so Ákos started to improvise. He was coming after me when his weapon accidentally slipped and cut my hand. I was actually fighting for survival.

Is there anything you would change in your acting?

There are some things I would do differently as I couldn’t really watch the scenes on site. It would be easier, though, to spot my mistakes while watching the movie. They mainly include gazes; I looked down too often, but I think it became a characteristic of Guerilla as others did it too. In some scenes I would act at different pace. I should have thought more about the character’s state of mind when making a certain movement, so that it would fit better into the scene.

How did it feel to watch the final version of Guerilla for the first time?

I saw the final version in January for the first time. I was in the projection room with Gyuri and Blanka (actress Blanka Mészáros – the ed.); Gyuri was sitting with his arms crossed while Blanka and I were giggling like kids. It felt strange, even a bit shocking, to watch myself on film for 90 minutes straight. I couldn’t even pay attention. I got used to the visuals, but the audio kills me. My voice sounds much higher on film than I thought it would.

Guerilla in theatres from 7 March.