The interesting history of the buildings and the adventurous lives of the historic figures the streets are named after still surprise us when walking down the roads of Budapest. Beyond Budapest’s Secret Sights of Downtown Budapest walking tour sheds light on a new aspect of District V: its women. Tour guide Ildikó Csikós told us the forgotten stories of Hungarian literary figures.

One of Fővám tér’s famous residents was Hungarian writer Zsigmond Móricz who lived in an imposing building with his second wife, Mária Simonyi for ten years. The most popular story related to the novelist has nothing to do with his flat but the nearby Liberty Bridge, once known as Franz Joseph Bridge. It is written in literature books that Móricz convinced a young girl standing on the edge of the bridge not to jump off, but Krisztián Nyáry’s best-seller book proves that the autumn of 1936 wasn’t the first time they had met… They finished their conversation in a cheap hotel room later.

Erzsébet Litkai, the girl on the bridge was much more than Móricz’s stepdaughter: they were in love and became parents later. Csibe, as the writer called her, was a fast learner; she run his garden nursery, then his publishing company. After Móricz’s death his daughters ousted Erzsébet from their home, but the woman opened her own book store and publishing company at the time. During WWII she provided hundreds of Jewish families and deserters with fake IDs to help them survive. This is the story of an orphan who became Righteous Among the Nations. 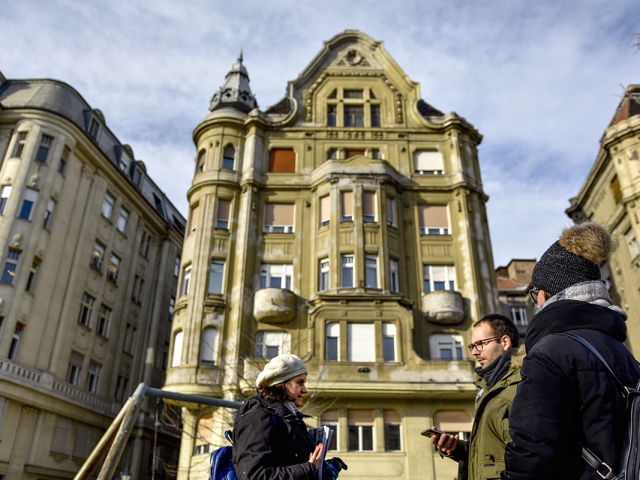 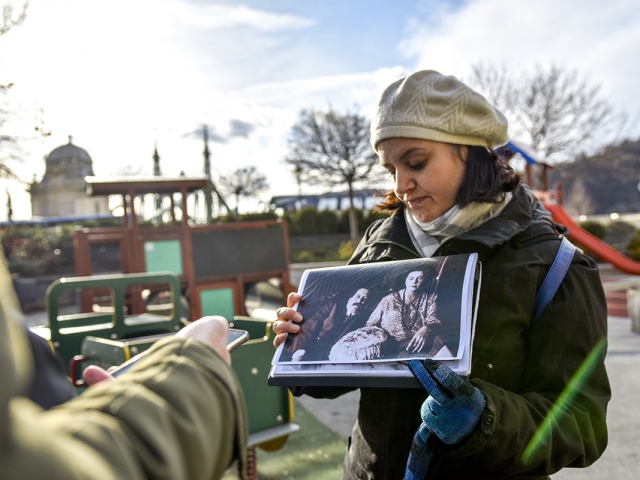 Mrs. Pál Veres was a revolutionist of her age. Born in 1815, Hermin Beniczky, commonly known as Mrs. Pál Veres, was the pioneer of the Hungarian female education. She became literate at a very young age: she fluently spoke German and also knew Hungarian to a limited extent, which was common in the aristocratic society.

She got married relatively late and gave birth to a girl who she bathed and nursed herself, which disgusted her contemporaries. When her daughter, Szilárda was growing up, Mrs. Pál Veres realized that there was no such institute in the country she could send her daughter to study.

After her grandson passed away in 1880, she had a school built in Renaissance style, the favourite of her grandson, in former Zöldfa utca that is today named after Mrs. Pál Veres. Eight years later, after her husband’s death she had another institute built that today gives home to Veres Pálné Grammar School.

Only a few know that Mrs. Pál Veres was friends with Hungarian writer Imre Madách, and it is also possible that they had a platonic love relationship. Hermin was the first person to read the published version of Madách’s greatest play, The Tragedy of Man.

At the end of Veres Pálné utca the story of an unusual marriage and friendship hides behind a high gate. Popular writer Ervin Lázár lived here with his wife, Zsuzsa Vathy who was also a writer. Not only had husband and wife deep bonds, but they also made friends with their neighbours. Several years after the couple had moved out, they visited their ex-neighbours from the third floor to celebrate New Year’s Eve together.

Lázár and Vathy were exact opposites: he was a plump man with a big heart and his works were usually set in the world of magical realism, whereas the raw-boned Zsuzsa wrote in a more straightforward style. The secret of their relationship was probably their previous experience with married life: both of them were married before, which taught them a lot. They often wrote love letters to each other: Zsuzsa addressed them to Ervin Lázár, the Great Magician, and Lázár to Macskavati (the playful version of Vathy’s last name), or later Vacskamati. 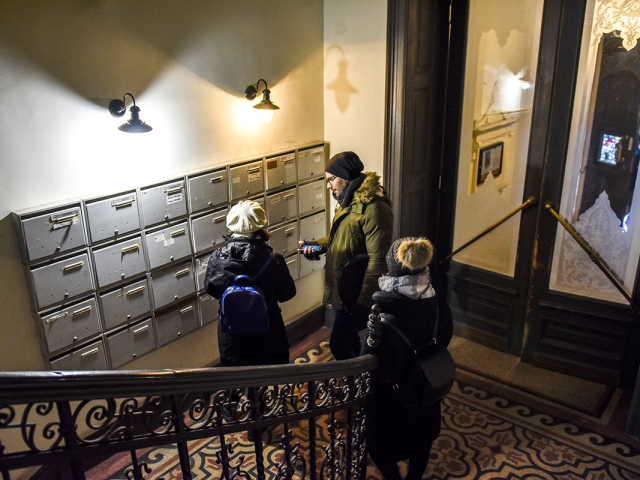 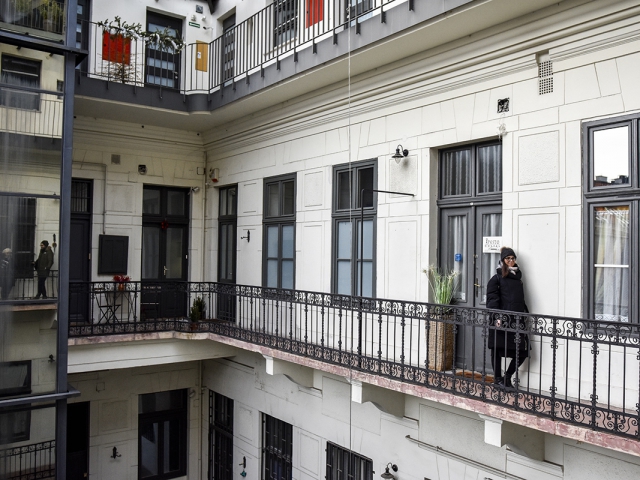 Their home was the nest of intellectuals with a kitchen that was frequented by many Hungarian literary figures in the communist era.

When Zsuzsa was 18, the Soviet party committee didn’t forward her university application, so she sent the original copy of her high school diploma to the Minister of Education and gave up on the document saying it wasn’t worth anything anyway. Eventually, she was allowed to go to university, but she couldn’t study to be a teacher or lawyer because of her parents who were seen as enemies of the state. This is why Vathy became a chemist.