Many of us love sushi, that’s a fact. And though many of us have a craving for getting some heavenly rolls from time to time, we might not be all that familiar with the names, kinds and certain ingredients. To shed some light on the peculiarities of one of the most famous Japanese courses, we would like to give you a sushi guide, listing the most common types, hopefully giving you another reason to celebrate the International Sushi Day, held on 18 June across the globe.

One of the most amazing things about sushi that it can come in all kinds of shapes, flavours, consisting of a wide range of ingredients. Meat, vegetables, seafood or even tropical fruits can complete the taste of the delicately prepared rolls, but the key elements are always the same: brown or white rice and raw seafood. Another significant addition to the course are a bit of wasabi and soy sauce, of course.

The most famous sushi variety perhaps, consists of a piece of fish, seafood, vegetable or meat (the fish is usually raw while the seafood can be cooked), an oblong finger of slightly vinegared rice, spiced up with a bit of wasabi, with a fish roe or sea urchin topping, and the whole composition is wrapped in dried seaweed . Nigiri is actually the local specialty of Tokyo, that’s why it’s often referred to as Edomae, because the city was called “Edo” until 1868.

Even if you weren’t such a big fan of sushi, you must have heard of this type on several occasions as they can be found on each and every menu that has something to do with Japanese cuisine. The popular seaweed covered rolls are made with a bamboo mat, strips of tuna, cucumber or other ingredients along with a mass of vinegared rice. Yumm!

A real specialty, coming all the way from Osaka. During the making process, a layer of fish is pressed onto a layer of rice in a wooden mold. Then the delicious sushi is cut into rectangular pieces.

Chirashizushi, meaning “scattered sushi” or “sushi rice salad”, is served in a bowl with rice, with several  – usually 9 – kinds of toppings called “gu”. It’s a great way to use up leftovers, and as the recipe is not set in stone, you can be as creative as you want! Strangely, most of the Japanese households don’t make this meal with fish.

If you’re a huge Friends fan, just like many of us in the editorial office, you’ll get this reference very quickly! 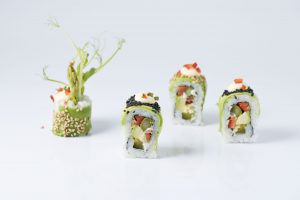 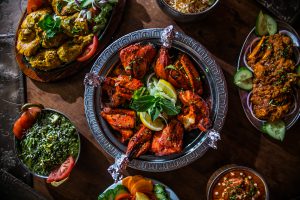 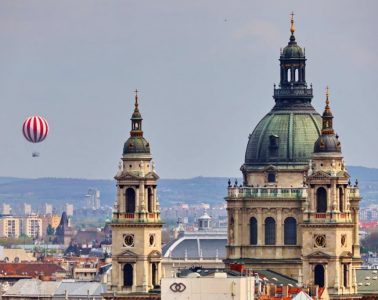