Wherever we go, treasures surround us: nestled into the safety of the exhibition cases, we can discover long gone ages, memories of human history as well as contemporary artifacts in the timeless museum halls. Visiting museums could seem boring when you’re a child. As time goes by, we all learn to appreciate the importance of the exhibited objects that could lead us back as far as the beginning of times and the civilization.

International Museum Day is an annual celebration held around 18 May, putting a special topic in the spotlight each year. In 2017, the official themes is Museums and contested histories: Saying the unspeakable in museums, representing the features that certainly benefit society by helping to envision a shared future, reconciling the differences of the past and present. To commemorate the special date, we collected Europe’s greatest museum treasures!

The oldest human made object in the famous British Museum. It could have been used as a chopping tool to cut bones, plants or wood. It was excavated in Olduvai Gorge, Tanzania, telling a story about how the development of such tools makes us human.

Standing as the altarpiece of the Rijksmuseum, everything else is arranged around this magnificent masterpiece that was made in 1642. Besides Its colossal size (363 cm × 437 cm) , the genius usage of shadow and light sets this painting apart from ordinary military portraits.

The world renowned Pergamon Museum in Berlin is famous for its ancient monuments, but this precious stone altar dating back to the 2nd century BC, probably tops all of them. Depicting the battles between gods and giants, its wonderful details amaze every visitor.

Théodore Géricault’s The Raft of the Medusa, The Louvre, Paris

Most of the lists would pick one of the most iconic paintings, Leonardo da Vinci’s Mona Lisa, but in this selections we would like to showcase Théodore Géricault’s astonishing artwork, The Raft of the Medusa that mixes the highest levels of art with a pinch of journalistic sensationalism.

Many exciting pieces await you in the Kunsthistorisches Museum in Vienna, one of our favourite is Benvenuto Cellini’s Saliera, or Salt Cellar, the part-enamelled gold table sculpture from 1543. The work of art portrays two figures: a male, representing the sea and a female, representing the earth.

In the collection of the fifteen most expensive paintings ever sold, you can find four by the great master, Picasso. Guernica, with its majestic 3.5 meters by 7.8 meters size, became one of the most significant artworks of anti-war paintings, commemorating the bombing of Guernica by the Nazi German and Fascist Italian warplanes. 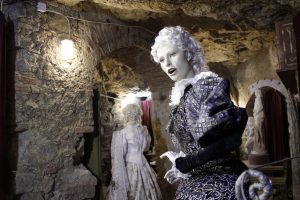 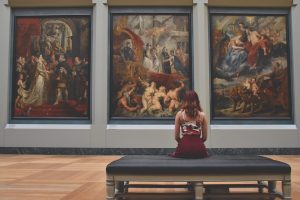 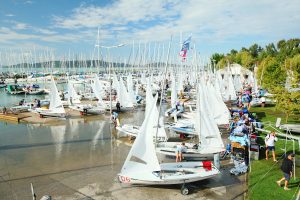